The family-run business Rederij de Jong has been working as an independent shipping company for more than 100 years. Thanks to our extensive inland shipping fleet and push boats and -barges, we are a reliable and flexible partner for all your waterborne transport and storage needs.

The origins of our company hark back to the year 1902. At that time, the De Jong family lived in Krimpen aan den IJssel. The family consisted of skipper Pieter de Jong Sr., his wife Leentje and their three daughters and two sons. In 1902, the skipper bought his first sailing ship to transport coal. When Otto shipyard went bankrupt in 1909, De Jong Sr. lost one of his best customers. In 1912, the financial situation became untenable. The Hortensius brothers heard of his woes and sold him one of their two engined barges for 9,000 guilders, the ‘Broedertrouw’ (Brotherly Loyalty). Pieter’s son Willem de Jong (1900-1983) left school in 1912 and immediately began traveling with his father. 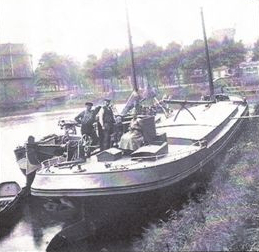 The grain runs went well until the First World War broke out in 1914. In one fell swoop, the shipment of grain through the port of Rotterdam ended. There was less and less work for skippers. In 1917, the army needed ships for food transports to Brabant. Pieter de Jong’s company also started sailing for this marshal service. But, before long, the government started buying or confiscating ships. After the war, it took a long time before things got moving again.

In 1921, Pieter de Jong was doing some lucrative business with Van den Bergh in Rotterdam. Willem de Jong on this period: “That party lasted for two years, and with it our financial situation was largely restored to health. But because England returned to sourcing its milk from its colonies, that too came to an end.”

Five months after Willem de Jong’s marriage to Johanna van der Voorden, he bought the engined ship ‘De Hoop’ (90 tons) for 13,000 guilders. The money was raised through loans and mortgages.

In 1924, the first daughter of Willem and Johanna was born, Lenie. Willem’s work mainly consisted of transporting grain to Gouda and Waddinxveen. In 1925, his daughter Gloria followed. The company was prospering; in 1926, its annual revenue amounted to 6,020 guilders.

The harsh winter of 1929 – son Piet had now been born – put a halt to business with De Hoop, which stayed idly moored for weeks. Nevertheless, in that year, Willem reaches his ‘peak’ annual revenue thus far: 6,840 guilders. In 1930, investments were made in, among other things, new engines for De Hoop. The loan was able to be repaid quickly through a good contract with Rederij Copex.

However, the economic crisis was also felt intensely in the Netherlands. Copex went bankrupt in 1931 and in 1934/35 the grain transports dried up. Those two years were the worst years in Willem de Jong’s skipper career. His son Jan was born in 1933.

In 1936, Willem acquires the two ships, three houses and the client base of Rinus van der Post for 10,000 guilders. Largely financed by his family, he buys the ‘Rijnstroom I’ (82 tons) and the ‘Rijnstroom II’ (88 tons). The family moves to Zoeterwoude. The ship ‘De Hoop’ was renamed ‘Rijnstroom I’ in the same year. The other ‘Rijnstroom I’ was sold in 1938. In that year, his son Willem was also born.

Following the levelling of Rotterdam in 1940, it soon became clear that there was no more work for inland skippers from that great maritime city. In the first year of the war, Willem did however transport numerous concrete blocks for the construction of emergency housing for the homeless after the bombardment. 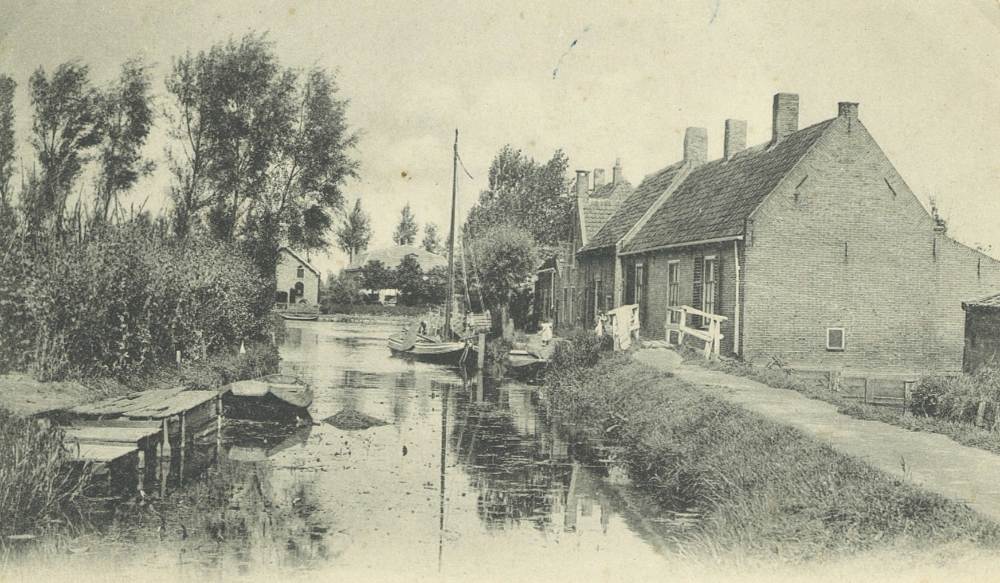 In 1942, the third daughter of Willem and Johanna was born: Neeltje. It was a time of severe hardship and scarcity. The meagre trips De Jong made with his ship are fraught with danger. By the end of 1943, the situation started improving as English and American aerial convoys began bombing Germany.

A year later, a bitterly cold winter caused many casualties. Buildings were no longer heated, and food shortages were a daily fact of life. When it was announced that ships ferrying food supplies would not be confiscated, Willem travelled to North Holland, Friesland and Groningen to fetch coal and potatoes for the Central Kitchens. Willem: “Those voyages are forever etched in my head; it seems as if they were only a week ago. These memories will go to the grave with me.”

Immediately after the liberation, Willem sailed to the Zalmhaven in Rotterdam. More than 80 barges loaded tins of biscuits there. Willem de Jong loaded a ship for Gouda and one for Haarlem.

FROM THE SIXTIES ONWARDS

In the fifties and sixties, the shipping company added more and more activities. In 1970, this resulted in the purchase of a number of larger ships and a new company name: ‘Gebr. P&J de Jong B.V.’. In 1985, the company ventured into pusher services, with the purchase of its first push boat. The service expanded with storage & transhipment activities, mass bulk and special transports.

Thanks to its rich history, Rederij de Jong has been a specialist in inland shipping, transhipment and ship chartering, including all maritime and logistics services, for many years. Every year, we ship approximately seven million tons of dry bulk. Together with our customers, we like to jointly consider the best logistic solution. Because every contract is different. That was true more than a hundred years ago, and it still hasn’t changed since. 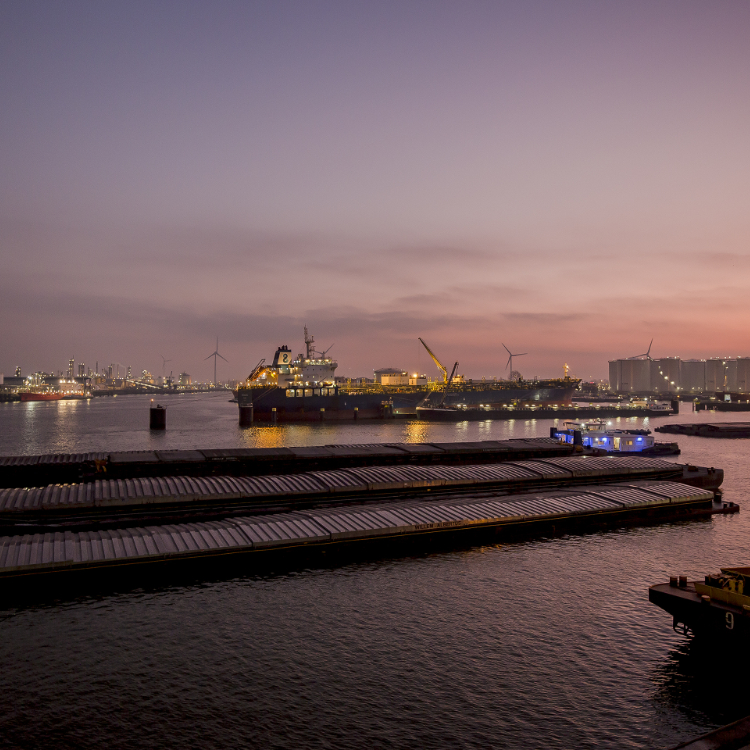